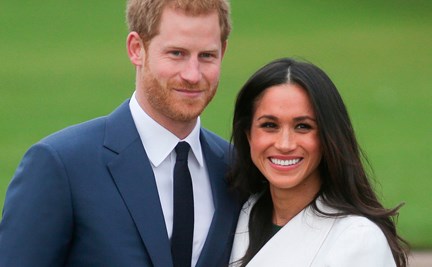 On May 19th, 2018, the day of their wedding, the Queen bestowed on Harry and Meghan the title of Duke and Duchess of Sussex. The Queen has traditionally bestowed a dukedom on senior members of the Royal Family on their wedding day. The choice of location has, as far as possible, to be somewhere connected with relatively few historic royal scandals!

The choice of Sussex is not without it’s controversy. There was only one previous Duke of Sussex, Prince Augustus Frederick, the ninth child of King George III. The title became vacant upon his death in 1843. Although the Duke had two children with Lady Augusta Murray, their marriage was not approved by his father, the king, and the couple eventually separated, deeming the kids illegitimate for the title. That separation is also why Meghan is the very first Duchess of Sussex.

Thus, it’s our very own Duke and Duchess who will be visiting on Wednesday, 03rd October.
They will be at Edes House in Chichester on Wednesday morning, where they will be shown the Sussex copy of the American Declaration of Independence. Harvard experts hunting down copies of the Declaration came to Sussex a couple of years ago and found, neatly folded in the archives of the West Sussex Records Office , a sheepskin document which they have since checked out in minute detail and declared it to be a genuine18th century document, originating in the USA and believed to have made its way to Sussex via the 3rd Duke of Richmond!
After this they will head to Bognor where they will officially open the University of Chichester’s Engineering and DigitalTechnology Park.
Then it is on to Brighton to visit the Royal Pavilion and the Survivors’ Network.
Chichester, will be buzzing with excitement for the Royal Visit!